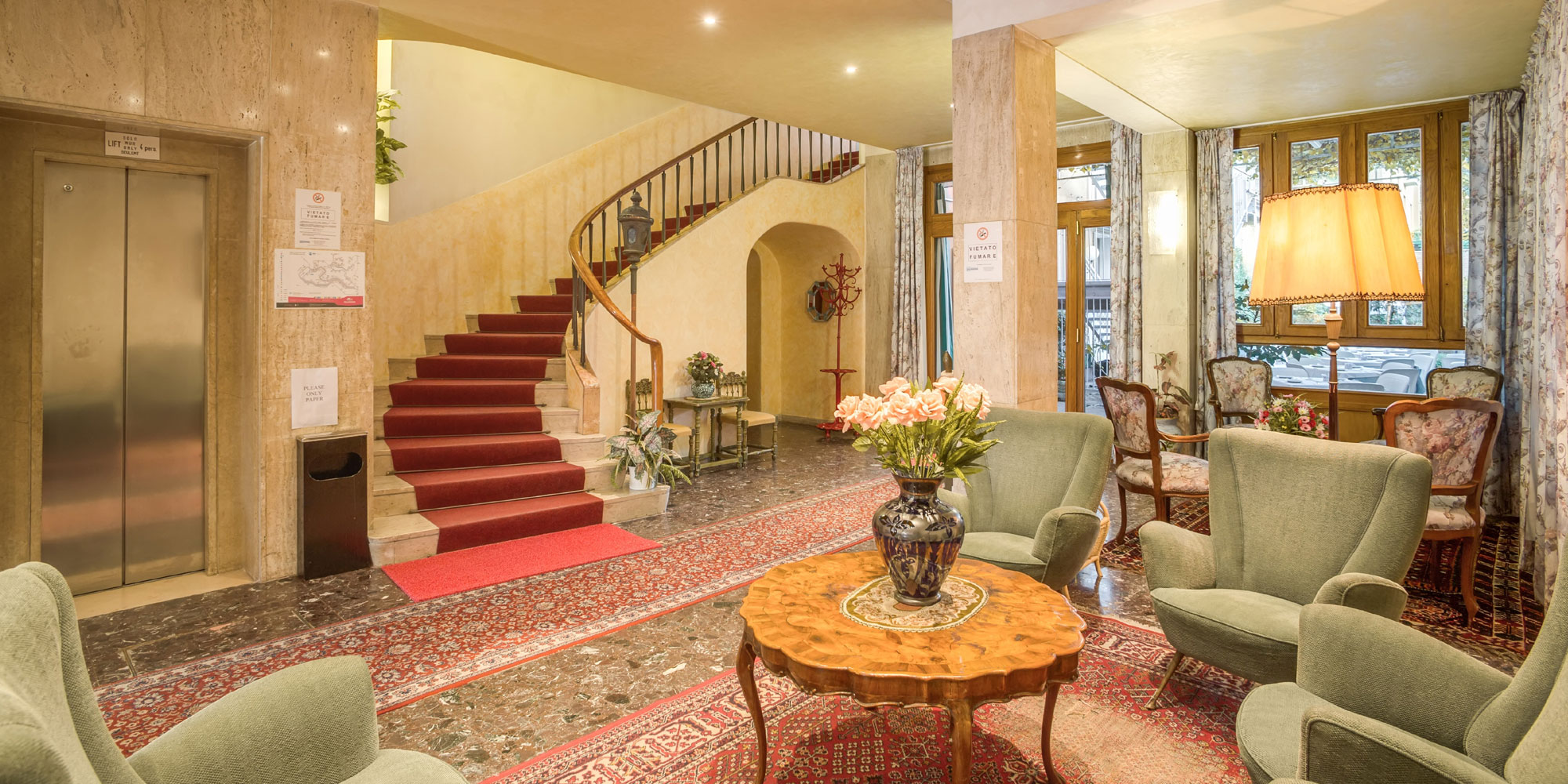 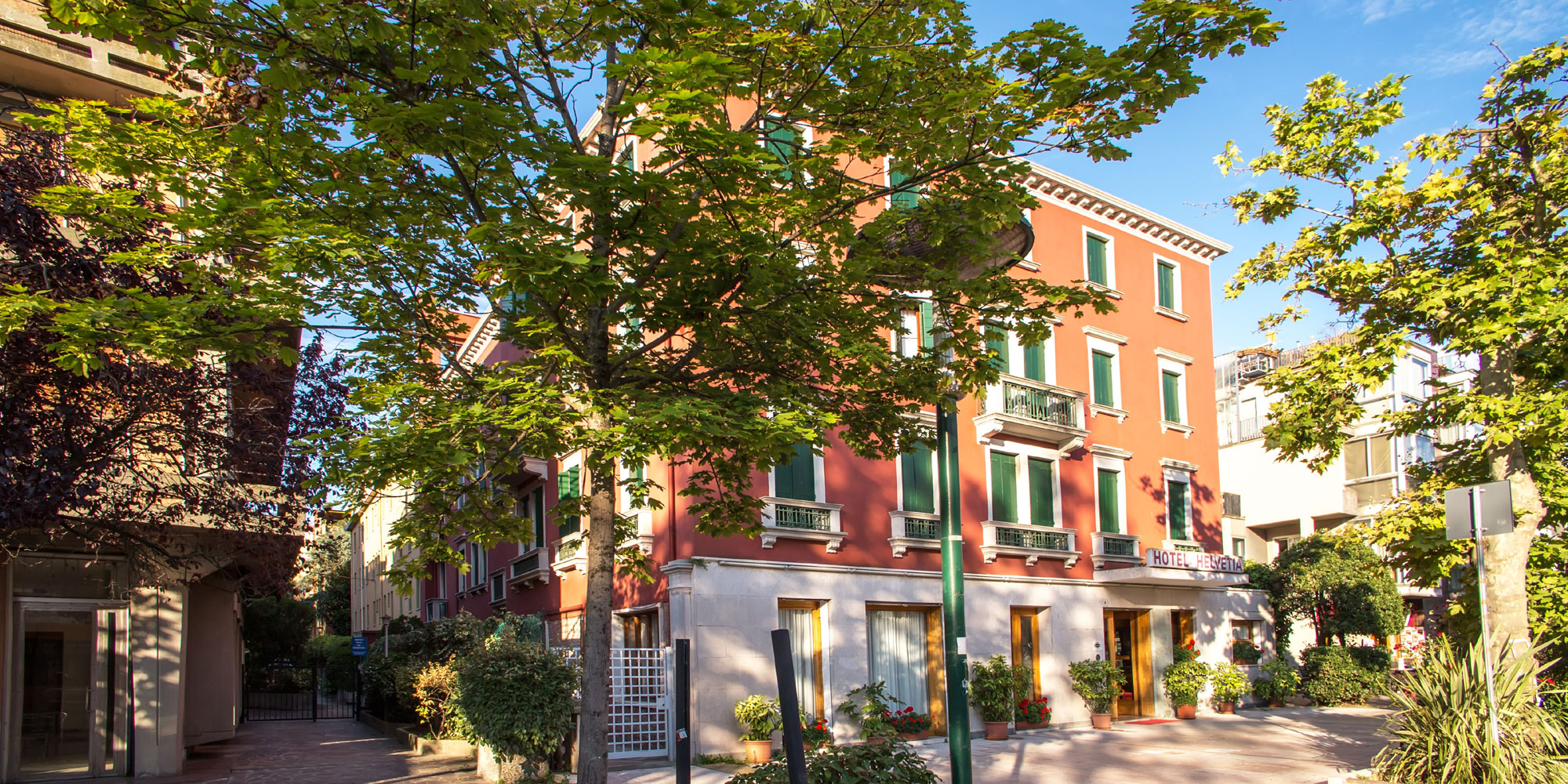 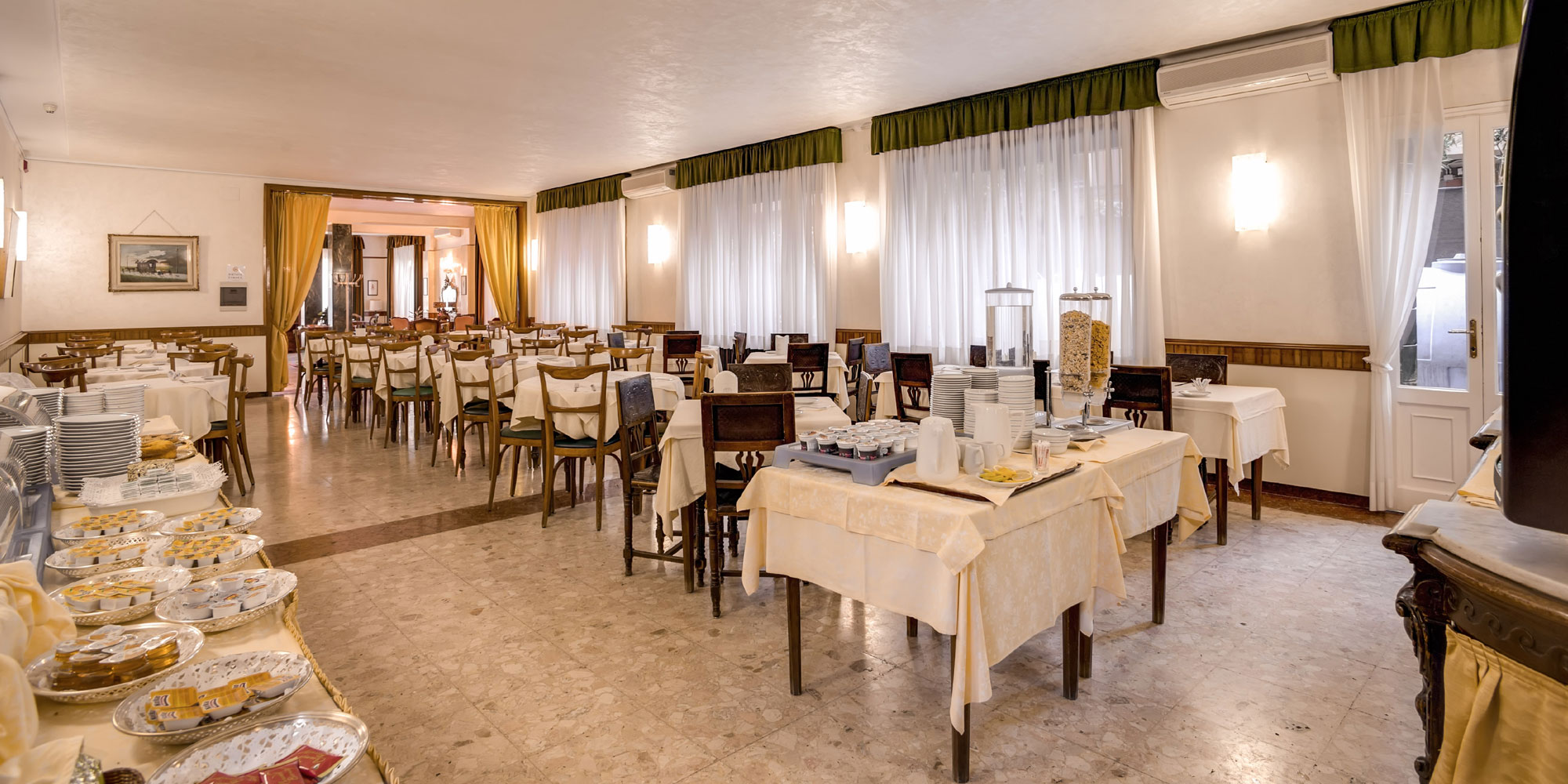 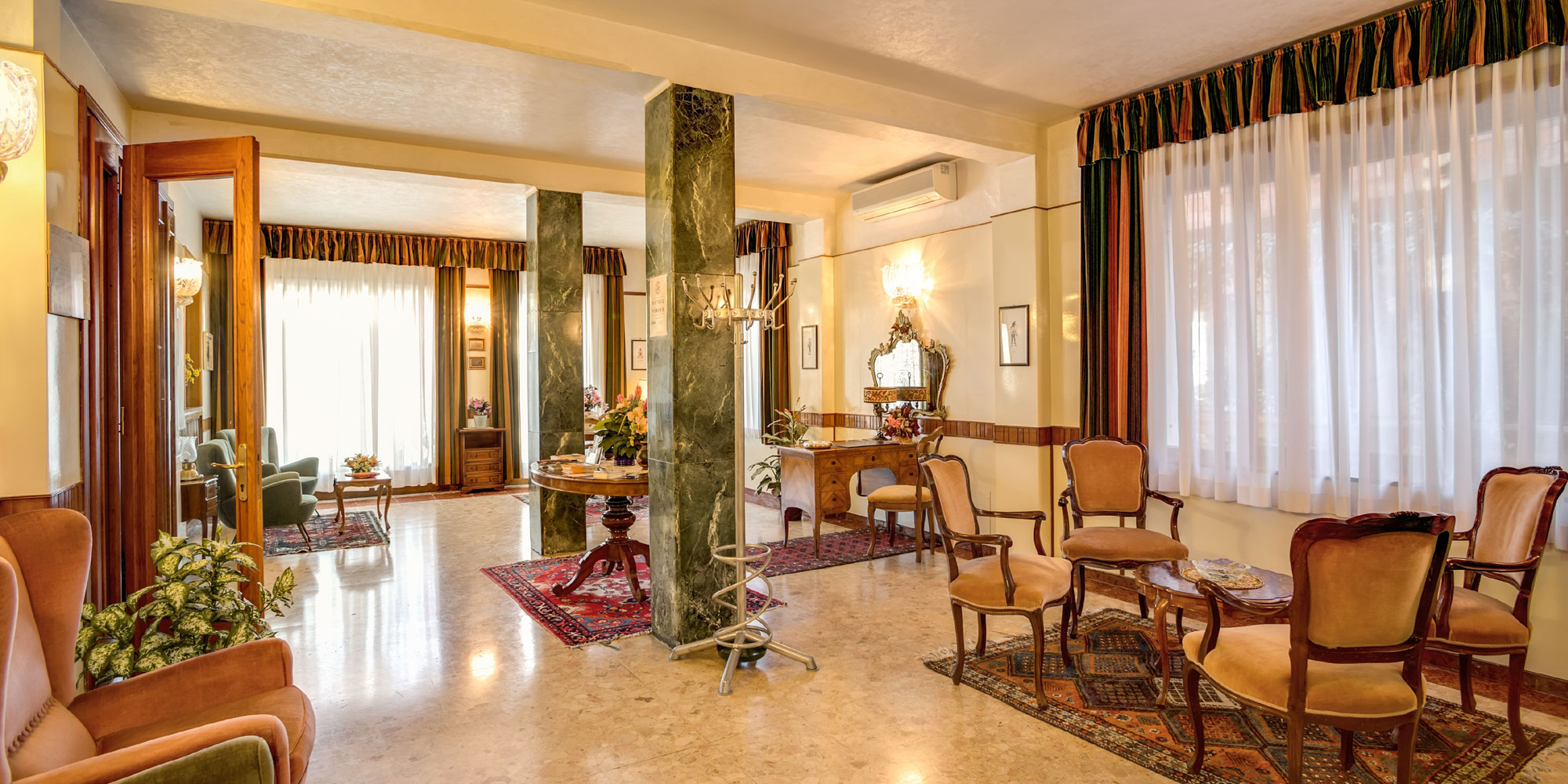 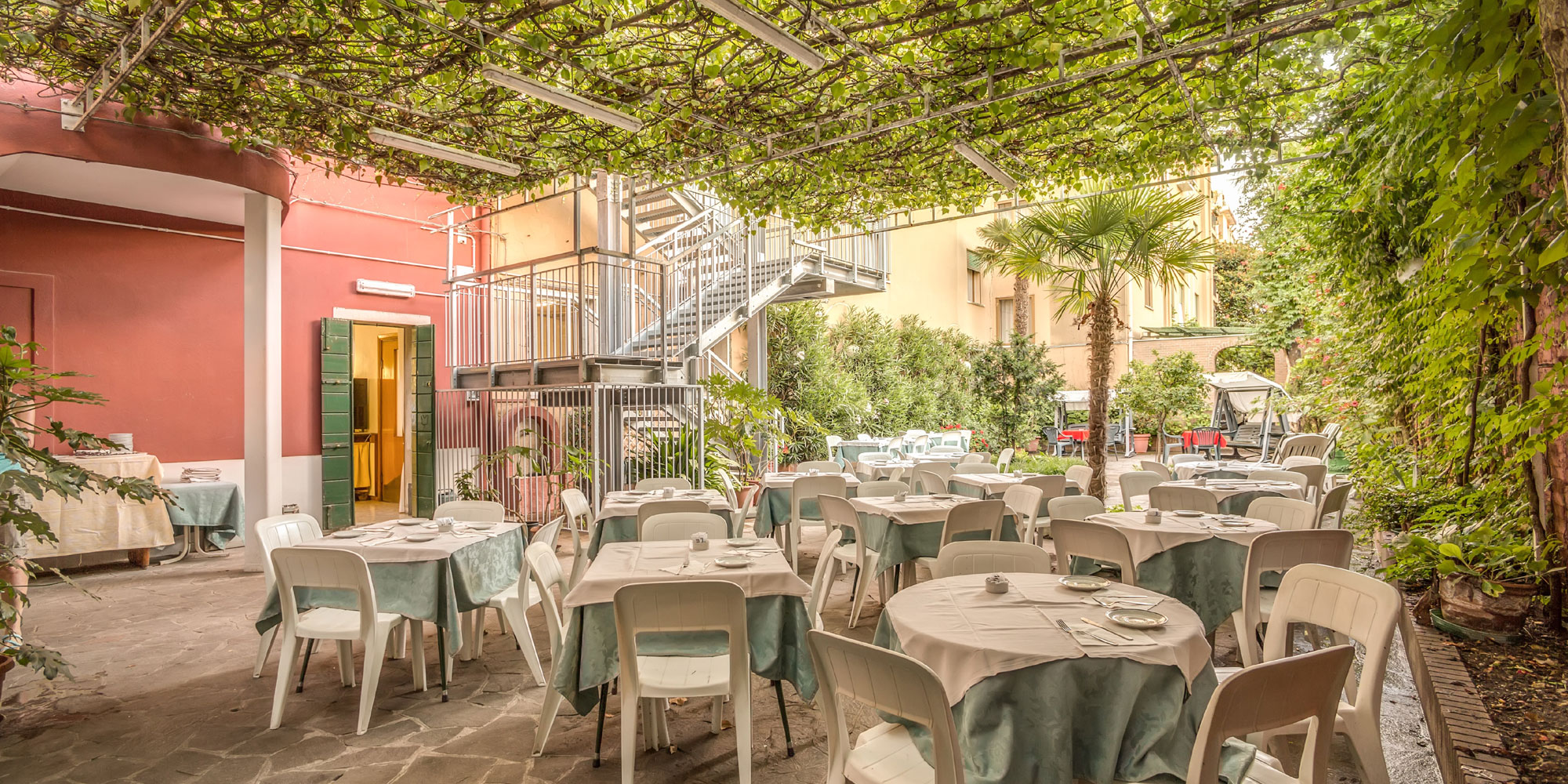 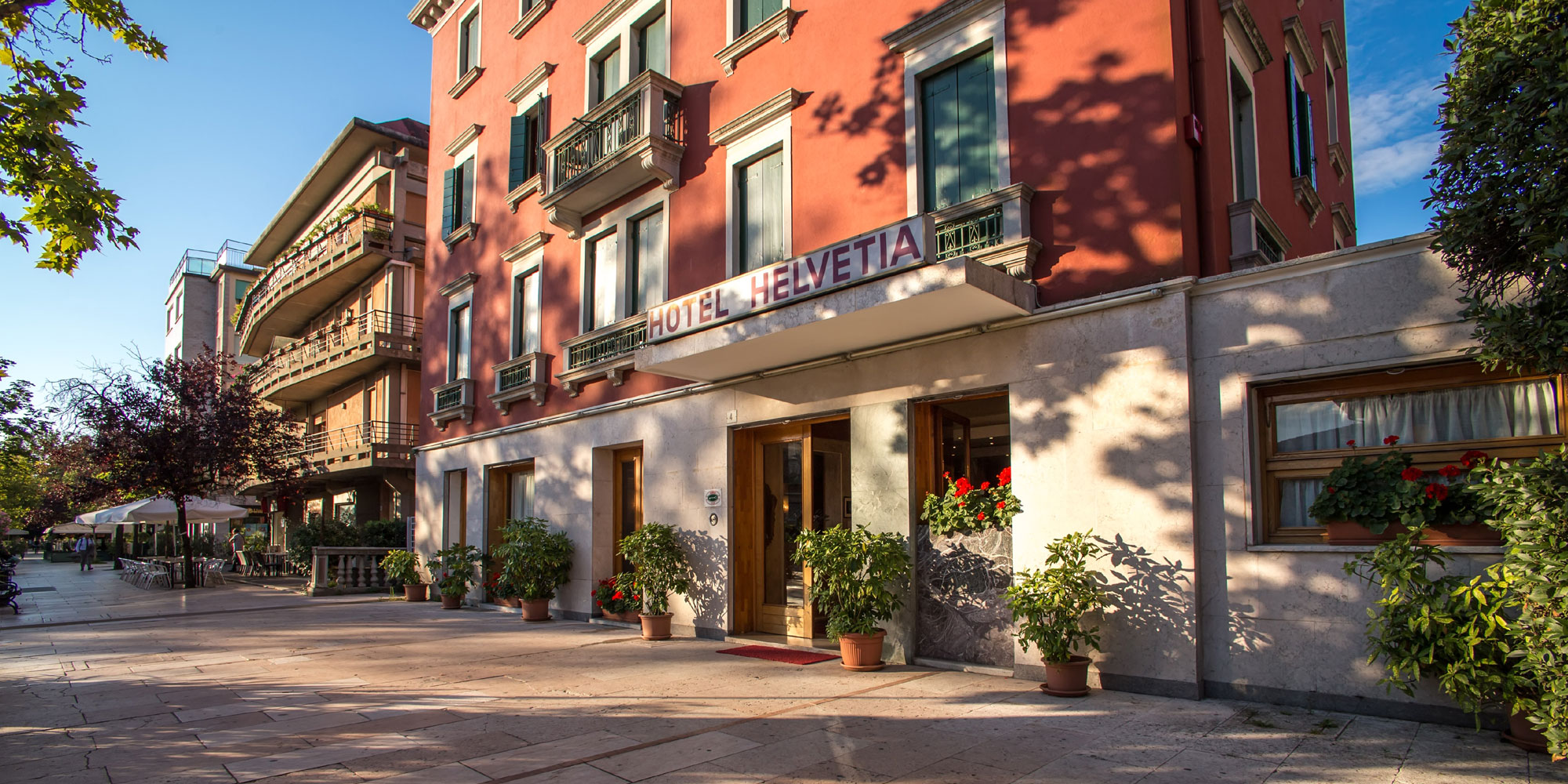 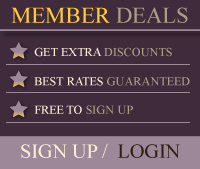 The four storey building which today houses the Hotel Helvetia was constructed in the 1920s with only a ground floor. It was originally built as a restaurant and a tobacco shop, with a small garden at the back of the building, which still exists today. The company that ran the restaurant started the construction of a first floor aiming to open a hotel, but a bricklayer was hurt and died, so the company was bankrupted due to the enormous compensation payable to the bricklayer’s family.

The building was bought by the present owners, The Rizzo Family in 1937 and has been the hotel ever since. During the Second World War it was taken over by the German Krieg Marine as their headquarters. The British followed in 1945 and then later the Americans made it their rest camp for the officers of the 88th division. Mr Rizzo Senior writes in his book that “the Krieg Marine was a big joke. They had no boats so they confiscated all the Venetian fishing boats and put cannons on their prows… Many bombs fell here during the war – all in the water. Not one bomb ever hit Venice or Lido.“ The hotel underwent many refurbishment works after the war. The spacious ground floor and main areas display early 20th century furnishings, with several original 18th century pieces in the small lobby, as a result of collecting over many years. The bar is in the original 1950s with blue and green colors combined with mahogany tables. The reception area and the hall are in precious dark marble color and overlook the garden, very cozy for al fresco breakfasts. In the 50s the historical part of the hotel was enlarged with another wing to the rear and

today it has two gates: the main entrance from the Gran Viale Street, and the second one for the cars from Doge Domenico Michiel Street. The Hotel Helvetia is a mixture of different periods and styles, and in certain parts and rooms represents the original 50s and 70s vintage.

At the end of Gran Viale Street is the Adriatic Sea and the famous beach where Thomas Mann wrote “Death in Venice”, and with just a 10 minute stroll stands the Palazzo Cinema - the place of the famous Venice Film Festival. From the hotel’s windows St Mark’s Square and the Lagoon can be seen, and the famous Giardini Art Pavilions are just in front of the hotel, five minutes by boat through the Lagoon.

Throughout its long history, the hotel staff has hosted many distinguished guests and celebrities: Reg Harris, Zizi Jeanmaire, Tony van den Ende, Steve Grant and Tight Fit, Ornella Vanoni, Victoria Cabello and Italian comics Le Iene, Iranian Shirin Neshat troup, the winner of 2009 Festival, are just a few, not to mention Ugo Pratt who liked to have breakfast in hotel’s garden for years and was the friend of Beppi Rizzo. The guestbook dating from 1956 onwards can be consulted in the hotel’s library. On 12 May 1968, a group of Soviet Union clients thank the hotel management and staff for the “magnificent welcome dedicated to their group”, signed in cyrillic by R. Kharcilava.

(Some of the excerpts from Mr Bruce Dunmore’s book Coppa del Mondo ’81, “father” of Stormy Jack and Bob Black Jack, have been taken to compose this description).